IT professionals have plenty on their plates. Ever-changing technology and business priorities make it easy to keep our heads down, without much time to reassess and recalibrate. This includes keeping up with the latest technology trends talked up on an annual basis, a.k.a. “Things You Should Feel Guilty about Not Pursuing in {insert year}.”

In its yearly prognostication, Gartner identifies the “Top 10 Strategic Technology Trends for 2015”, which include topics like Internet of Things, 3D printing, big data, cloud computing, and software-defined infrastructure. Despite Gartner’s claim the list pertains to “most organizations”, it’s unlikely that many IT shops need to be concerned with things like 3D printing at this point, unless it becomes advanced enough to print out another copy of Jerry from the networking team.

But a new year does provide a valuable opportunity to step back and think about life, and optionally decide to stop doing things that don’t make sense and start doing things that do. When it comes to enterprise IT and business in general, I’d argue that a big one on the list should be to do away with the tedious and the manual, and put more focus on automation.

Automation is a broad subject with many applications. There are a lot of things in the world with the word “automatic” attached to them, from sewing machines to production lines to coffee makers. But for IT purposes, a simpler definition might be:

Automation describes systems and processes that function fully or in part without human assistance.

This means that things get somehow accomplished without us having to perform the work itself. It’s useful to consider that the opposite of “automated” is “manual”, which literally means “operated or performed with the hands”. If you can make something happen without using your hands (to type or move the mouse a lot, for example), then you’re on the right track.

All of us have examples of tedious or time-consuming work tasks, few of which we brag about to our peers. One example was described on a podcast episode by Patrick McKenzie:

Every engineer in the room is like, “OK, that will take me two minutes.” This guy, college graduate, would literally spend several hours every day doing this manual keyword comparison.

But this isn’t really fair, because I know plenty of engineers, myself included, who have at some point been guilty of the same approach. We keep opening up the same spreadsheet every day and spending some time massaging it even though we know, intellectually, that we should be using a better process. But writing a script or tool takes time and thought which is in short supply on Monday morning, so we muddle through and get it done.

Yet this is only a trivial example. Sometimes it’s not a spreadsheet, but a complicated series of tasks that we perform repeatedly, even considering this part of the normal job description. New virtual machine needed? No problem, I’ve got my checklist and procedure right here. I’ll have that ready for you on Wednesday.

Automation involves taking the point of view that many things done with the hands can be done by machines (computers included), and that we as knowledge workers should strive to do our work mainly with our brains, not our hands. It means setting up systems to minimize our input and maximize the capabilities of software and systems to accomplish on their own what we need done. Automation is therefore not a specific technology, but a way of deploying and working together with it.

As trends go, 2015 is not the year of automation. That should be every year.

We’ll discuss how to achieve automation in many future blog posts. Here, it’s worth considering some of the main benefits: why put time and effort toward automating your operations and infrastructure?

Here are my top 7, in no particular order:

There are some important differences between human beings and computers that we should remember. One is that people are often brilliant, but computers are always dumb – they never have new ideas, and only do what they’re told. On the flip side, these dumb computers are amazingly consistent, doing exactly what they are told every time in the same way. People, on the other hand, are often forgetful and unreliable despite their relative intelligence, often distracted by things that seem more important at the time.

This inconsistency is bad when it comes to running an IT organization and the business it serves. Every time something doesn’t get done consistently, more corrective work must be done and more time is lost. This means lower quality that makes things worse for coworkers and customers (not to mention your boss).

Automation improves consistency by freeing people up from doing tedious tasks like our friend with the aforementioned spreadsheet. A well-automated process is consistently on time with consistent results.

People like to complain about the complexity of modern life. This is a little cynical, because modern life is pretty awesome in part due to these complexities. That said, modern IT life does involve a level of complexity which is surpassing the human capacity for keeping things straight. If we can only keep meaningful relationships with 150 people or remember seven items of information simultaneously, it’s unlikely we can successfully manage thousands of servers or hundreds of support requests without help.

Part of the reason for inconsistency is complexity, which makes it inherently difficult to do things the same way every time. Checklists arose to help with this, and go a long way toward helping people be consistent (they still take a long time to do it).

Automation deals with complexity by foisting it upon the machines that implement complex processes. We define the process once, implement it in an automated fashion, and thereby reduce the need to think about the complex reality that underlies it.

Speaking of reality, most organizations (and most individuals) are slower than they should be: slow at getting things done and slow at responding to change. You might be wondering, “who defines slow?” Often, slow is defined relatively, usually by someone being put to shame by a competitor in the market or the new guy who gets things done at an annoyingly-efficient pace. For example, Amazon can process a return within about 60 seconds of a customer thinking the thought “I want to return this”. Before Amazon came along, getting a return processed within an hour was pretty good. Now, it’s slow.

We all know that computers are much faster than people for most things, so no shock that automation can save time crunching numbers and processing data. But much more important is automating processes that involve input from a number of individuals or teams, which are often the culprit for far more lost time than a spreadsheet in the hands of one person.

Do your job (deliver what needs done)

Closely connected with being slow is not doing your job. Partly as a result of being too slow, many IT groups are simply not getting done what the business needs. They’re behind the curve in supporting technology and business activities that their organization needs to succeed.

This isn’t because the IT department is full of bad or lazy people. Most often it is well-meaning people who lack the time or are overwhelmed with existing complexity to tackle the new needs and fulfill current ones.

By freeing up time and reducing the strain of complexity, IT is in a much better position to do its job, and do it well: quickly, consistently, with quality.

As human beings, we all have a limited supply of physical and mental energy to go around. This energy is typically divvied up during the day to multiple tasks until it’s depleted and we collapse on the couch with a blank stare. When it comes to creativity and developing/implementing new ideas, our success is subject to how much cognitive load we’re under. The more we’re dealing with, the less we have to put toward the new and better.

By reducing manual, tedious tasks, managing complexity, and enabling us to get things done faster, automation can and should result in a cognitive surplus. This freed creative energy is what’s needed to effectively tackle the projects and initiatives perennially put on the back burner for lack of time and ideas. The goal is a positive feedback loop of improvements that pave the way for further improvement.

“Reduce costs” is often a mantra attached to automation, but this can be misleading. Sure, if you were to reduce headcount or retire expensive systems through automation, then you’d reduce costs. This could happen, but it might not, and costs are only part of the equation for any organization – and not the most important part. (Automation is not about making people unemployed – more on this in future posts)

All organizations, whether for-profit or non-profit, exist to serve some purpose and create some kind of value. That might be in the form of selling products or services to yield profit for a business, or providing a service or spreading ideas on a non-profit basis. Ultimately, each organization is trying to accomplishing something by creating value.

Costs get deducted from the value created, but increasing value produced has far more potential than cutting costs. Revenue can always grow, and costs can only be cut so far.

Because it makes organizations faster, more consistent, more effective, and potentially more creative, automation is best thought of as a way to enable more value creation by increasing the top line without necessarily cutting back. If IT does its job well, the organization prospers, and everyone can be happy.

Speaking of happiness, there is a less tangible but equally important benefit to more automation: it makes life better. There are actually people who enjoy their jobs and there are places to work that make such enjoyment possible. Conditions for this occurring are surely varied, but one thing examples have in common is a correlation to low levels of annoying, tedious aspects of the work experience.

People are happier when they are doing interesting, engaging things that allow them to use their brains to full effect. They are not as happy when subjected to routine and boring tedium. It stands to reason that automation can, by reducing routine and boredom, improve the quality of life at work by expanding the ratio of interesting things to work on. Happy, productive people making the world a better place – seems like a good thing, no?

Working on automation in the new year? Share your thoughts in the comments below.


Join our growing list of automation-savvy IT Pros for regular brain upgrades:

Life and work are full of forms. Here are some tips for creating forms that ...

Automated software delivery and beyond through ServiceNow and System Center ... 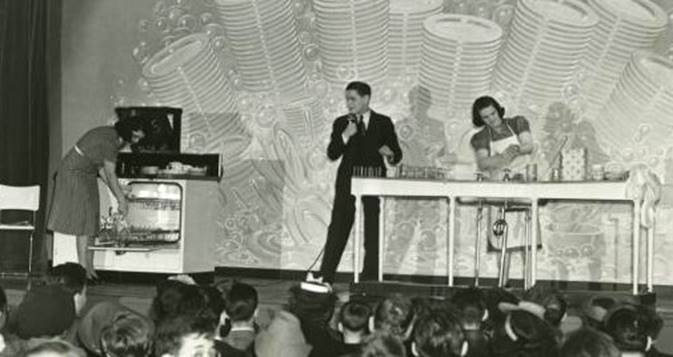 Today's IT "Battle of the Centuries"