Step Away From the Keyboard (and Mouse)

Question: how many clicks should it take to get to the center of a Tootsie Pop, where Tootsie Pop is a metaphor for accomplishing a task largely carried out by computers? This could include anything from backing up files to running security scans to producing expense reports to provisioning servers.

You might say: well, it depends. How complicated is this task? For complex processes like building a new server or deploying multiple patches, a fair amount of clicks seems reasonable, maybe in the dozens or hundreds. For simpler things, even a few is nothing objectionable. Besides, you like buttons, like most humans, and will click anything once.

I’d say the correct answer is: zero. Ideally, computers should be able to do the things they do without hand-holding, indeed without any of our input at all. This is of course up to our discretion about how much oversight we want (insert Skynet reference here), but when we’d prefer the task just get done with minimal input, that should be the goal.

Clearly, the world is not there yet. For instance, one study found the average computer user to perform 23800 keystrokes and 7400 mouse clicks per week. And most computers still include a keyboard to be useful, because many systems and software applications remain largely human-driven. Professionals in countless fields have powerful software they depend on to perform their work, yet this software requires them to sit in front of a screen and provide relatively large amounts of mouse/keyboard input to produce anything valuable.

Now, I’m not encouraging you to throw away all your keyboards just yet.

But I am encouraging you to measure what you do against the aspirational zero-click standard, and to recognize what being tethered to the keyboard represents: manual labor.

Given that real, physical labor still provides the baseline for “hard work”, most of us would admit that working conditions involving desks and keyboards are pretty easy by comparison. This is true, but easy doesn’t mean efficient. We may be only burning 1.42 calories per click and thereby being efficient with our energy, but we’re probably not being very efficient with our time.

What is a keyboard, after all? It’s an input device. Software does amazing things, but almost always needs to know some information first. That’s where we (humans) have traditionally come in, using our mice and keyboards to provide the data. This traditional approach, which I’ll call the manual architecture, is shown below and describes much of the working time for millions of professionals worldwide.

It works as follows:

What’s increasingly possible and where the world is headed is a different approach where manual, interactive interfaces are being replaced by programmatic, non-interactive ones (APIs) which enable computers to perform actions and provide data in place of keyboard-wielding humans. A simple depiction of this is shown below, and could be called an automated architecture.

If this sounds abstract and vague, rest assured we’ll get into the nitty-gritty in the future (sign up to the email list below to be automatically notified, or manually come back regularly if you prefer). For now, I’m hoping to show one way to make “automation” less of a buzzword like “synergy” or “alignment”. You should ask, what does automation actually look like? A partial answer, in the case of IT and business, is to say what it doesn’t look like: to the extent hands typing on keyboards are involved, that’s not automation. To the extent systems are interacting via APIs, that is.

To make this more concrete, here are some examples of both approaches to various tasks:

I’m sure you could add your own examples in the same pattern. On the left, lots of hand-holding. On the right, things are set up to require minimum input and interaction. Business gets done faster, and life is better. 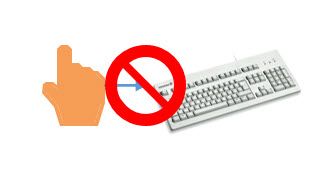 Don’t stop using the keyboard just yet: type your thoughts below.